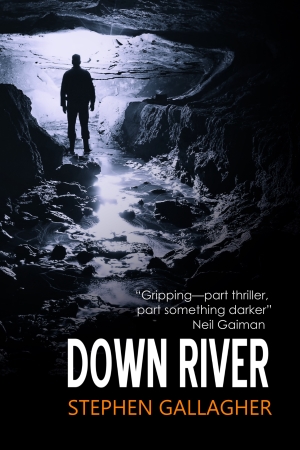 “A powerhouse psychological thriller… in a stunning denouement you learn that, dead or alive, people will do what they have to do. Death is no obstacle, The ending is sledgehammer stuff— hard-hitting and merciless. Gallagher is a master of abnormal psychology and he just gets better and better” —Mystery Scene

Johnny Mays. The moral conscience of a selfish child in the frame of a plain-clothes cop. When Johnny starts a car chase, he pushes it too far. Soon they're fishing for his body at the foot of a dam while his partner Nick Frazier is left behind to pick up the pieces. Then the killings start. Killings of people Johnny didn't like. And when Johnny's car is dredged up empty, Johnny's last words still echo in Nick's mind. “I'm going to remember this,” he said, a dark fire in his eyes. “I'm coming back for you.”

“Stephen Gallagher’s most ambitious, most committed book to date… the novel’s distinctive tone puts its author on an equal footing with the best of British horror”—Kim Newman

“The denouement, thanks to Gallagher's strong writing and excellent characterisations, is unforgettable.”—Publishers Weekly

“An out-and-out novel of paranoia, tension and sharply honed violence which confirms Gallagher as one of Britain's most exciting writers of literate, nerve-shredding thrillers. Down River is Gallagher's most impressive novel to date. He's stripped, oiled and tuned his prose until it growls like a Ferrari, smooth, fast, and very, very powerful. The horror is firmly rooted in reality,yet seems ready at any moment to veer into deep, dark shadows... an unstoppable, gut-wrenching ride to the last page.”—Starburst

“His prose is clear and diamond-sharp, his imagination dark and vivid... a terrifying walk along the edge of nightmare.”—Time Out 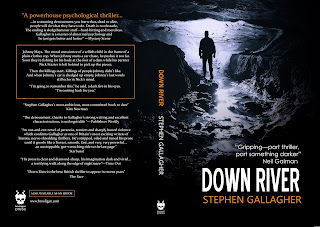 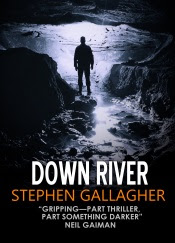 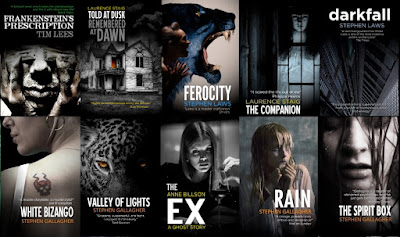 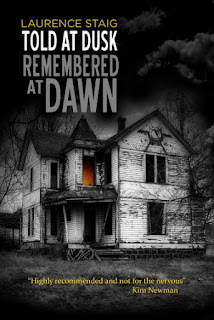