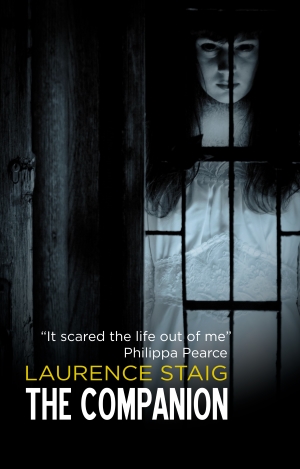 "A finer, more chilling ghostly novel than most of those recently published. Mr Damp deserves a place in the gallery of great English night creatures. M. R. James might have been proud to have created him, and I certainly would be.” —Ramsey Campbell

A broken church window, smashed in a bid to contain the power trapped within its stained glass... The desperate sobbing of a child who isn’t there... When restoration expert Kit Farris moves into the adjoining Grange with his three daughters, how can he know what dark forces his work will unleash?

“A high energy fantasy with very powerful scenes. . . a chilling and dramatic end.” —Books for Keeps

“This is an excellent book, which celebrates and transcends genre. As much family story as ghost story. A tense drama of abuse, neglect and longing. An old-fashioned ghost tale with a modern edge, consciously a tribute to M R James in its setting and atmosphere. It echoes a book such as Margaret Mahy’s The Changeover in its depiction of children rallying their defences against the urgency of adult appetites.”
—Neil Philip, The Times

“Truly, a Jamesian romp. The author uses his sources with care, in a well-plotted mystery with some genuine chills” —Rosemary Pardoe, Ghosts and Scholars

"It scared the life out of me" —Philippa Pearce 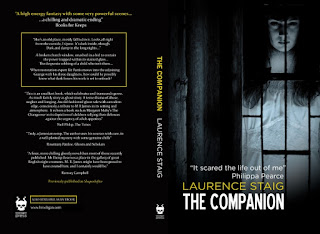 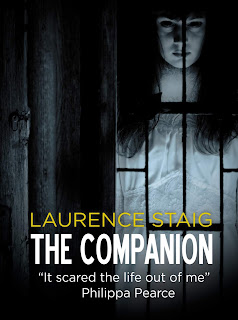 "A philosophically insightful and literary tale of terror" —Publishers Weekly

Banished to an isolated rural hospital for killing a fellow student in a duel, Hans Schneider meets the mysterious Dr Lavenza and learns about Frankenstein's prescription—the secret of eternal life. Together, Schneider and Lavenza set out to collect the missing pieces of the formula. But they are not alone. From Germany to Rome, from Rome to Paris, to the failed and wretched Eden of an all-too-human God, a dreadful creature follows in their wake and brings destruction wherever they go.

A unique piece of work; fast, funny, and with a terrific sense of period and place. Frankenstein's Prescription reads like the bastard creation of Jonathan Swift and Jimmy Sangster.

"It is, quite frankly, a brilliant novel, one which takes the old stereotype and fills it with vibrant new life. The story is gripping, with each and every element of the plot fitting into place…
Read more

Scroll down to see our titles, or see the menu for a list of links to each book's page.

We're marking the publication of Anne Billson's superior ghost story The Ex. What began as an initiative to pimp my own backlist is expanding to become a curated selection of titles, some of them making their first appearance in paperback. Laurence Staig's The Companion was originally published in a YA list as Shapeshifter, and here makes its first appearance under its author's original choice of title and in his preferred version. Tim Lees' Frankenstein's Prescription was first available in a limited fine-edition run of 300 from Tartarus Press, and we're happy to offer its first mass-market edition. Stephen Laws' tower-block horror Darkfall is a recent addition to the list, now joined by the first UK publication of Ferocity.

“The only bad thing about his books is that they eventually end. Brilliant.” —Jonny Lee Miller

As the Special Investigator to the Lord Chancellor’s Visitor in Lunacy, Sebastian Becker delivers justice to those dangerous madmen whose fortunes might otherwise place them above the law. But in William James he faces a different challenge; to prove a man sane, so that he may hang. Did the reluctant showman really burn down a crowded pavilion with the audience inside? And if not, why is this British sideshow cowboy so determined to shoulder the blame?

The Authentic William James is the third novel to feature ex-police detective and former Pinkerton Man Sebastian Becker, joining The Kingdom of Bones and The Bedlam Detective. Praising “this superbly crafted thriller”, Kirkus Reviews named The Bedlam Detective one of their 100 Best of the Year and called it “that rare beast, a literary page turner”. MysteryTribune.Com described it as “a rare literary masterpiece for lovers of historical crime f…
Read more

Something is stalking the Northumberland moors, slaughtering sheep and other livestock. There have been sightings of a big cat, a huge, feral creature that has so far managed to elude capture. Some of the locals are terrified, while others scoff that it’s only a legend. Still, the killings continue.

Cath Lane is a young novelist and mother, eager to explore her new home in rural Northumberland. To her the legendary beast of the moors is excellent fodder for a new novel. How could she know as she begins her research that the beast is no mere myth?

How could she foresee the terror that waits for her, crouching in the dark…?

“Ferocity draws on horror’s history. I was particularly reminded of the style and worlds of Cornell Woolrich. Both Woolrich and Laws share engaging writing styles; incorporating the worlds of crime and horror. Stephen Laws’ prose generates suspense with exquisite simplicity” Horror Reader

In the lobby of a Blackpool hotel, one year after the end of the Great War, Britain's spymaster recruits a young sideshow fortune-teller for a mission of historic importance.

A standalone novella from the author of the Sebastian Becker novels The Kingdom of Bones, The Bedlam Detective, and The Authentic William James.

The New York Times: "The Kingdom of Bones... shows the occult mystery in its best light. Vividly set in England and America during the booming industrial era of the late 19th and early 20th centuries, this stylish thriller conjures a perfect demon to symbolize the age and its appetites… although Gallagher delivers horror with a grand melodramatic flourish, his storytelling skills are more subtly displayed in scenes of the provincial theaters, gentlemen’s sporting clubs an…
Read more 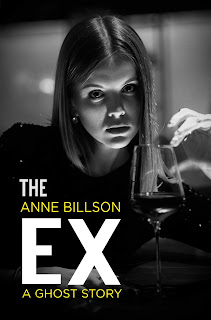 John Croydon is out of his depth. His latest client is classy, beautiful and very, very rich. And she’s being stalked by her fiancé’s ex-wife, who is threatening to disrupt the wedding, or worse. Croydon has just one week to persuade this inconvenient ex to leave the happy couple alone.

Problem is, she’s going to take some persuading. Because she’s dead. Has been dead for some time.

And she isn’t looking pretty.

From the author of cult vampire novel Suckers and Notting Hill ghost story Stiff Lips comes another ghost story, narrated with self-lacerating humour by a private eye who has a lot to learn about himself and the supernatural.

In the course of an investigation that will lead him from London to Norfolk and, ultimately, to Venice, John Croydon will be forced to dig into his own troubled past for ans…
Read more